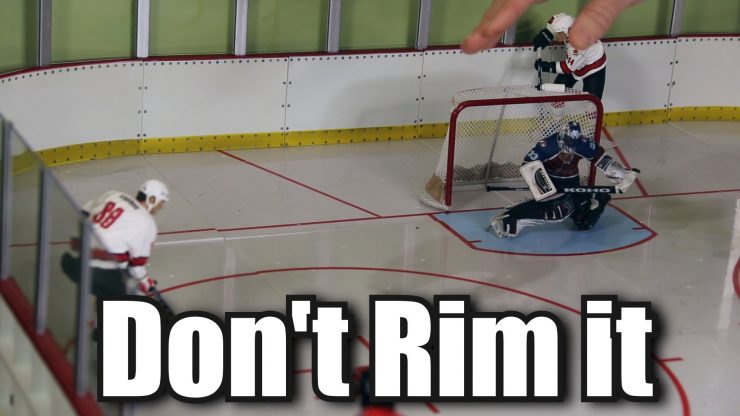 A few years ago I was working at a hockey camp with Dennis Maruk (former 50 goal scorer and NHL all-star) and we were ending the camp with a scrimmage. One of the students playing defense rimmed the puck a few times to move it up ice to the wingers. I didn’t think much of it, as I spent a lot of time practicing getting the puck off the boards, and it’s a standard hockey play. After the scrimmage in the dressing room I overheard Dennis telling the player that whenever he can make a tape to tape pass he should, and the rim is usually just a lazy play. It’s so simple, but I never even thought about it.

A few years later I found this video from Mike Johnston sharing a story of Alexander Mogilny, and how he came to realize the rim can be a lazy play. I hope you enjoy

The video is courtesy of The Coaches Site – They are having a conference in Toronto and Vancouver this summer. If you want to learn from some of the best minds in hockey I recommend this conference, and you can use coupon code HOWTOHOCKEY to save $20 from registration.