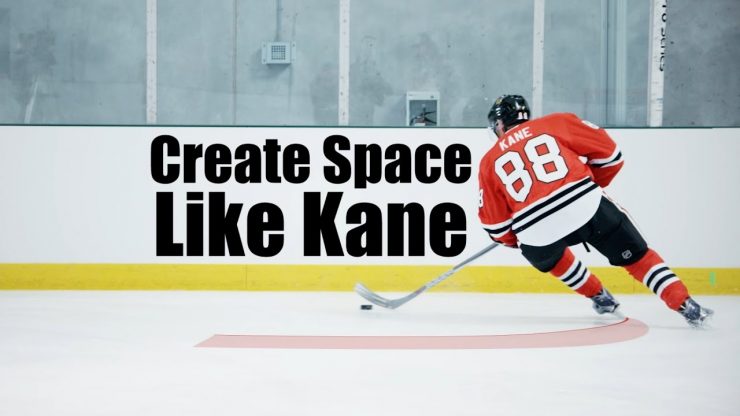 Feature Friday is something I like to do where I bring you some of the coolest hockey content on the internet that I’ve found. This week, I’m bringing you a video by my friend Adam Nicholas. He trains hockey players all the way from minor levels, to pro levels.

In this video, he’s on the ice with Patrick Kane, showing you how to train like, and use some of the same skills that Kane uses. I went down to Boston to shoot some videos with Adam and created an instructor feature that I’ll embed at the bottom of this article.

In this video, Adam breaks down three things that Kane does really well:

The first thing Kane does is skate just far enough away from the boards that he leaves space for him to cut back in that direction eventually. That’s where the trap door is.  Next, he puts all his weight on his inside foot, and the defender thinks that Kane will cut to the middle of the ice, when in fact, he wont’. The defender has to respect that look that Kane gives because, well, he’s Patrick Kane, and if the defender doesn’t respect it, he could get torched for a signature Patrick Kane goal against.

Lastly, what Kane does is actually lift his outside foot off the ice, and brings it farther inside his body to make a very, very tight turn. Then he shifts his weight all to that outside foot, that is now his inside foot, which allows him to make an incredibly tight turn on his edge.

You can see some evidence of Kane doing this as far back as seven years ago.

The video may be old, but you can see how those tight turns have helped Kane throughout his career.

I got on the ice with Adam with a few different age groups and skill levels.