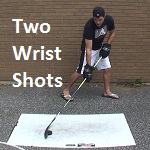 The most powerful type of wrist shot

This is the first type of wrist shot you should learn because it teaches the fundamentals of how to take a wrist shot. For this type of wrist shot the player rotates the shoulders and trunk and draws the puck back, and across the body. Rotating at the trunk allows the player to bring the puck further back which will result in a more powerful shot. 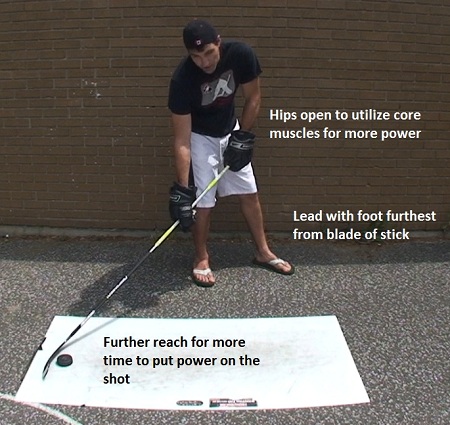 The player will now execute the wrist shot by pulling the puck toward the net, rotating the shoulders and trunk towards the net, and transferring weight onto the leg opposite of their stick handiness (right handed shot transfers weight onto left leg) 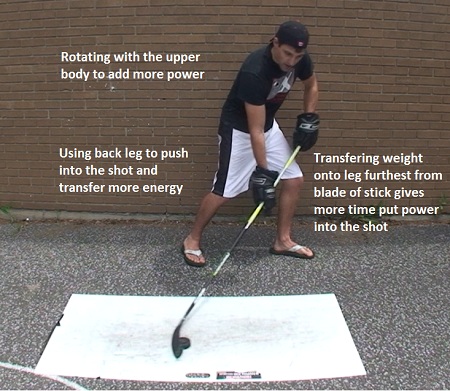 This type of wrist shot allows the player to derive power from their core muscles, and also allows them to transfer more energy and power into their shot. The puck will be on the blade of the stick longer as well which will also result in more power. 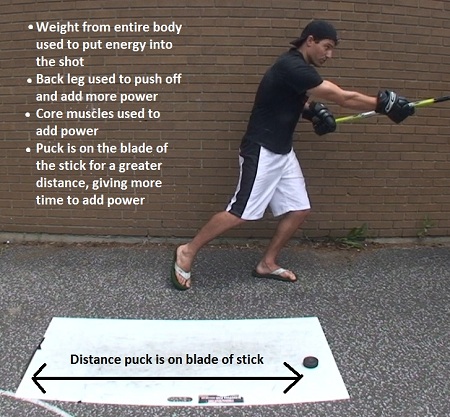 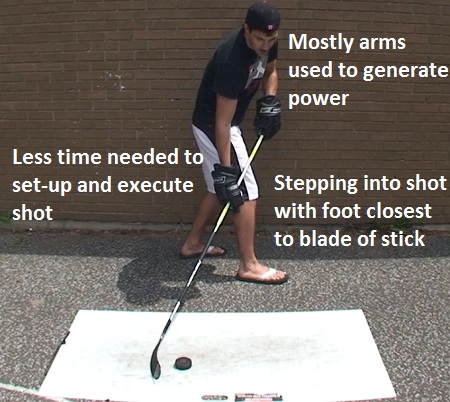 The player then leans into the shot, while quickly snapping the puck towards the net. For this shot the weight is transferred onto the same leg as the way the player shoots (right handed player transfers weight onto right leg) This type of wrist shot derives less power from the core and leg muscles, which results in a weaker shot. 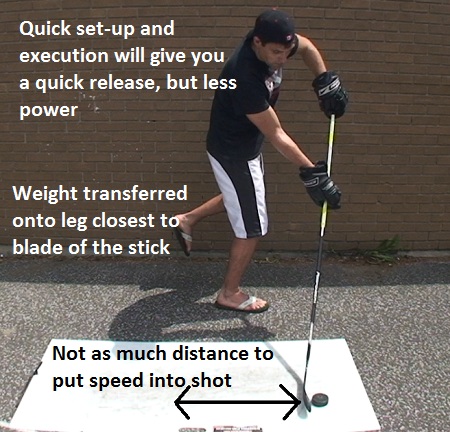 In order to get as much power as possible from this shot the player must learn to use the flex of their stick to help generate power. Some NHL players refer to this as slingshotting the puck at the net ( especially if you have a low flex stick) the loss in power in this shot is made up with the quick set up and release.Know that you know about the two types of wrist shots, you should learn when to use each type of shot.

Where to use the powerful wrist shot
The powerful wrist shot is a great tool for defencemen to use. This type of shot can be used in situations when a slapshot would take to long to set up, or a more accurate shot is needed.
My favourite use of this shot is when I am coming into the offensize zone on the off wing, with one defencemen at the blue line. I penetrate the offensive zone near the boards, and the defence will now be near the top of the circle. At this point I push the puck forwards as if I am going to go hard into the corner or dump the puck in. Then I pull the puck back into position for the powerful wrist shot and cut to the cemtre. I shoot for the side of the net that I just came from. I know the goalie will be moving from the side I just came from, to the centre of the net, which gives me a good spot to shoot. The defence can also provide a partial screen which will increase chamces of scoring. (explained in the video as well for all you visual learners)

This video shows you how to take each type of wrist shot, the difference between them, the benefits of each shot, and when the best time to use each shot is.

If you like this video you can subscribe to our channel on Youtube
These tips should help you better utilize your wrist shot and score more goals. For more great tips you can enter your name and email in the box below