How to Win Face-Offs

We just published a face-off video and article with a tonne of great tips for winning more faceoffs, check it out here how to win faceoffs in hockey
This is a guest post from Jeff Serowik, former NHL’er and owner of Pro Ambitions Hockey, Inc.
A former teammate of mine Yanic Perreault who had a brilliant NHL career made millions of dollars because he’s one of the leagues premier face-off guys. NHL GMs value these guys like goal scorers because the more face-offs your team wins the more puck possession the team has thus creating a winning environment.
Face-offs are all 5 guys (I refer to guys in this article but I haven’t forgotten about the girls) responsibilities. Each guy on the ice has a job and needs to pull his weight. The center is the leader on the ice and needs to make sure all guys know their responsibilities each and every time a face off is taken.
In the Offensive Zone the center has 3 options:

In the Neutral Zone the center has the same types of options listed above, but is ultimately trying to win the face-off and gain possession of the puck. Wingers must hold up and then get open for a pass from defenseman.
Defenseman must be ready to receive puck and either move it to your defensive partner, pass to the wing or center,or dump it in. (If you dump the puck in, it must be either a soft dump-a chip in so the wingers can chase after it, or a hard rimmed dump that the goalie can’t stop behind the net. If you dump the puck in and the goalie stops it and gains possession it’s a give away). Transition is very important to your offensive attack.Put the puck in the forwards hands as fast as you can so they can pressure the other teams defense with speed.
Tip: It’s imperative that wherever the puck is you must support the puck.This means you must always face the puck, open up your body and be ready for a pass with stick on the ice. You never want to have your back to the puck because if a pass comes you won’t see it or you will get your bell rung. Communicate and learn to catch passes on forehand and backhand. Give a nice target.
In the Defensive Zone possession is vital. The center must make sure his line mates know their responsibilities. The center has the same3 options listed above but wingers can have several different alignments.I generally like to have the wingers on each side of the center.The winger’s job if the face-off is lost is to get out to the defense and prevent them from shooting the puck. You have to battle through hold-ups, stick on the ice and take out your defenseman. If the defenseman knows he is going to get punished every time he shoots the puck he will rush the shot and get it blocked or it will be a soft shot. I broke my nose 2 different times shooting the puck from the point in games as a pro. The forwards came at me so hard and try to intimidate you. I broke my beak when the forward threw his shoulder or stick in my face after I shot the puck. Needless to say, I rushed my shot and paid the price. Forwards must also get “Big” and be in the shooting lane so you can block a shot. Always line yourself up with your net so you know your in the shooting lane.
If the center wins the face-off the defenseman grabs the puck and goes behind the net with breakaway speed and hits his winger on the far side. This is an art and needs to be worked on with the coach putting pressure on the defenseman to simulate game situations. Defenseman should always stay tight to the net and use it as a deterrent from the opponent. After you pass the puck the defense must skate up ice as hard as he can to try and create offense as a 4th attacker or if the puck is turned over the defense has great gap (right in the face of the other team)
PS
REMEMBER INTIMIDATION AND PERCEPTION IS VITAL IN HOCKEY. WHEN YOU GO INTO THE FACE OFF CIRCLE, LOOK LIKE A HOCKEY PLAYER. KNEES BENT, 2 HANDS AND A SCOWL ON YOUR FACE. IN A 1 ON 1 BATTLE ONLY ONE PERSON CAN WIN MAKE SURE IT’S YOU. 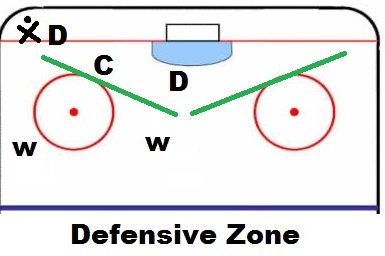 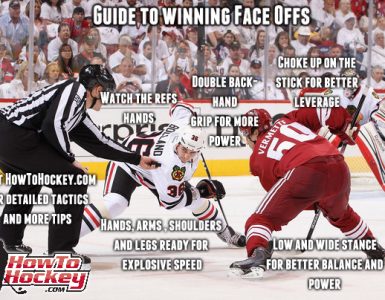 How to Win Faceoffs in Hockey – Face Off Tips

If you are a centermen one of your major responsibilities on the ice is to win face-offs. Some players who are new to the game overlook the importance of this job and approach the face-off dot without much thought, but... 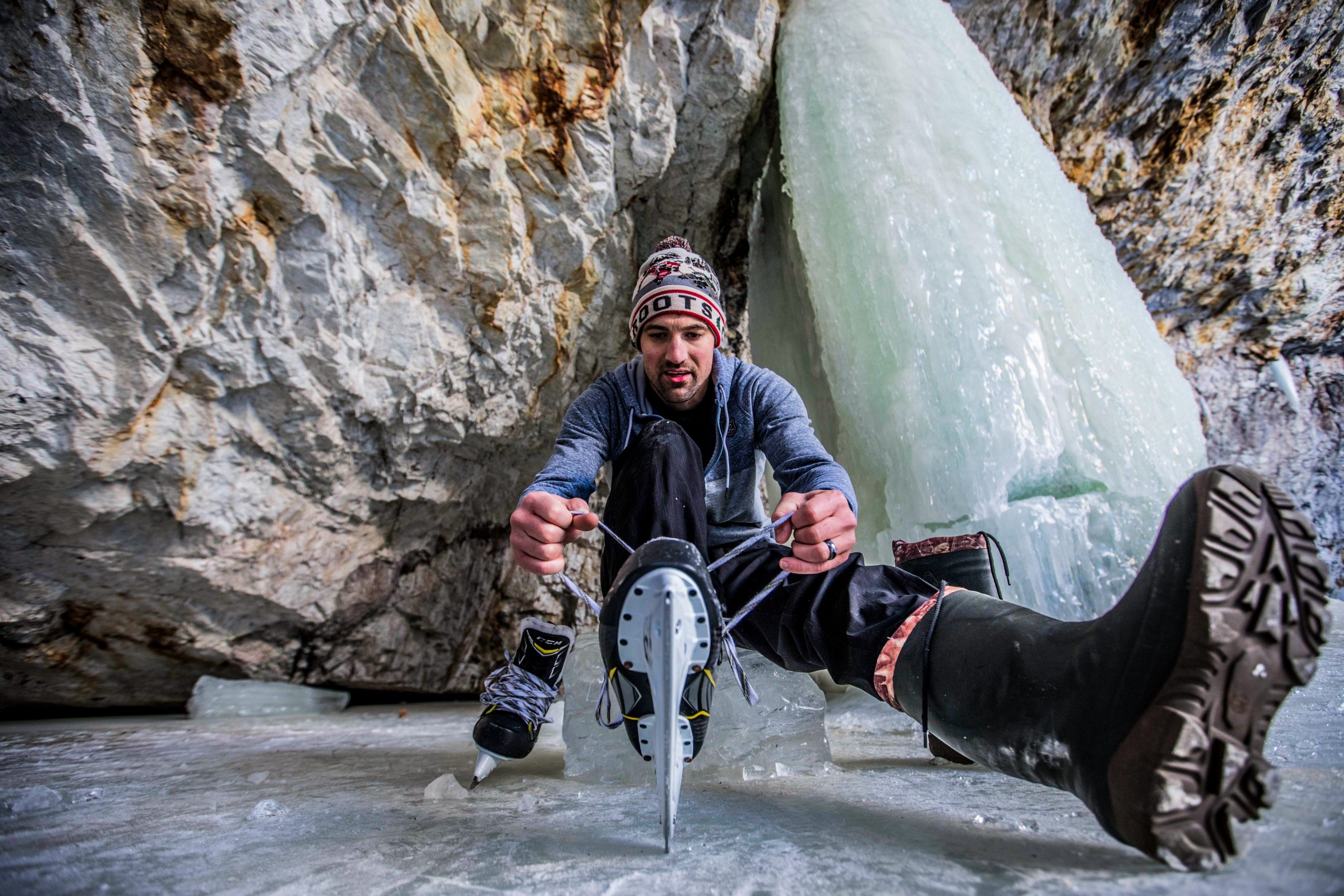 What it takes to be a AAA hockey player

Many hockey players dream of making it to the NHL, however most of these players do not understand the amount of commitment and discipline it takes to make this dream a reality. I wanted to help players realize what it...