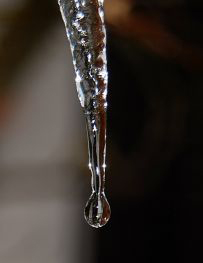 While a number of sports provide excellent cross-training for hockey during the off-season, hardcore players won’t be willing to give up their favorite game just because of the melting ice.  For those who find traveling to the local rink may inconvenient or costly, street hockey can be a great way to continue development when temperature rises.  Street hockey can also be a way to introduce a friend to the game of hockey before committing to purchasing a bag full of equipment.  If you think you might want to get started, read on.

When selecting a location, choose an enclosed area with a smooth surface.  Tennis courts and basketball courts surrounded by a chain link cage are ideal because the puck or ball will stay contained. Parking lots can work, but unless they have some kind of border, participants might find themselves retrieving the ball more often than they like.

If the surface is smooth enough, a puck will work fine. The IDS pucks with eight small plastic pads on each side are my personal favorite and Franklin makes a decent look alike. They come in a variety of colors so try to choose one that contrasts your surface well.
Where a puck is not an option a ball may be substituted in its place. The advantage to using a ball is that it will be easy to move around on rougher surfaces, keeping the game fast-based. However, a ball landing on the cement will bounce whereas a puck will absorb most of the shock when hitting the ice. To reduce the rebound, manufactures produce hockey balls varying in hardness. A softer ball will perform better when it’s cold outside because the temperature causes it to contract slightly. Play with that same ball in the heat and it will expand, causing it to feel almost like wad of used tape.  Balls are usually color coded to aid your quest in selecting the right one, so be sure choose a hockey ball with the correct temperature rating.

Before you run out and buy a nice pair of inline hockey skates, you might want to try looking at your local secondhand store for a cheap pair. Often times a high end pair of roller hockey skates will come with soft wheels meant for an indoor surface. If you have to buy new wheels anyway, you might as well just pickup the skates for the lowest price you can. When looking at a used pair try to find ones that will accommodate a wheel size no smaller than 76mm. Aggressive skates, for example, usually have small, hard wheels that make cornering difficult and are inefficient for speed.  Skates specifically made for hockey are best because they usually allow some flex in the ankle for increased maneuverability but if you find a pair of recreation skates in fair condition, go for it!

Whatever you do, don’t spend more than $50 on a stick.  The best sticks for street hockey are the old two piece aluminums. They are practically bullet proof, so you will get a lot of life out of them.  Because they are cheap they won’t flex like a graphite composite will, but if you’re playing with a ball this is inconsequential. The concrete or asphalt will grind your stick blade away much faster than the ice will, requiring more frequent replacing of blades. Since blades are often cheaper than buying an entire stick, the two piece can save you cash in the long run.  However, some wooden sticks are very affordable and might prove to be a good option.

The quality of the goal really depends on how much you want to spend.  Two shoes laying about five feet apart can serve as goals if you don’t have anything better. Orange cones would be a step up from shoes, but still won’t stop a puck once it crosses the line. Garbage cans or recycling bins can often serve as makeshift goals and are usually accessible if playing in an empty lot or at a park.  Although recovering a puck or ball out of the trash may not be pleasant, at least you won’t have to chase it down.  Another option is to make your own goals out of PVC. These can be custom made to just about any dimension you want, depending on goalie availability and skill level. If this is something you want to pursue check out this hockey goal diagram.

You won’t need all the same padding you have when you’re on the ice, but some protection is probably a good idea. A cup, gloves, and shinguards are almost a must, and a helmet, elbow pads, and mouthguard are probably a good idea too. If you decide to wear elbow pads try to find ones with a plastic outer shell because the ground will chew up ones with a cloth exterior.
Keegan is the Editor of SchoolyardPuck.com