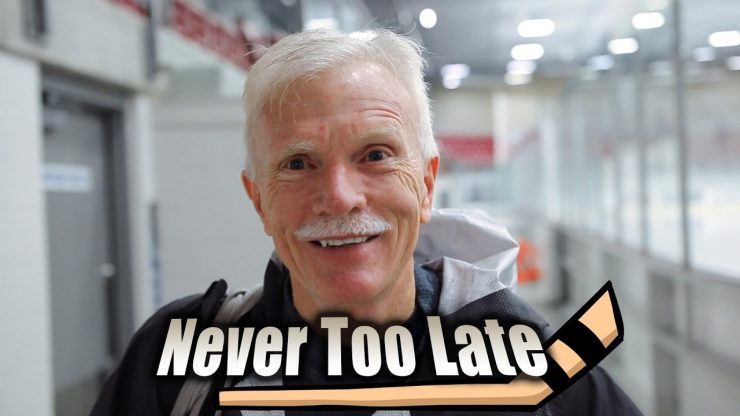 I get asked a lot “Am I too old for hockey” or “Is it too late to start?” I made this video to show that it’s never too late to start playing hockey, and that you can enjoy the game for your entire life. If you’re new to the game, and you’re looking to get better, you’re in the right place. My website, and YouTube channel are filled with hundreds of drills, trips, and tricks for you to get the most of your hockey career, or your hockey hobby. 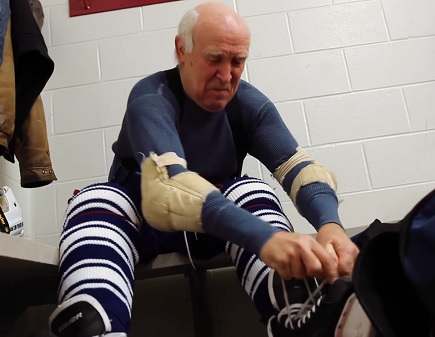 I wanted to head to the local rink in Huntsville to introduce you to some real old timers in hockey. There’s a 55+ league, and a 65+ league that operate, and we got to meet some it’s players. The first man we meet has been playing hockey on and off for about 10 years, and just started playing goal this season, simply because the boys needed a keeper. The next guy we meet, Nick, only started playing hockey when he was 30 years old. The next gentleman didn’t start playing until he was 61 years old. 61! Many of the players have been at it for 30+ years, but they are so welcoming of the newcomers to Canada’s game. 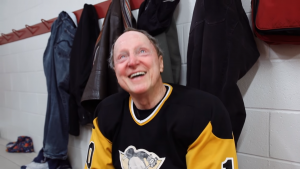 They’ll all tell you that it’s a tough transition, either coming back into hockey after an 18 year absence, or starting fresh after your 30th birthday. No one said it would be easy, but they all have fallen in love with the game, and that keeps them going. They speak of things like the guys in the dressing room, the friendship that they feel, the exercise, the feeling of purpose, all reasons as to why they enjoy it as much as they do.

If you’re someone who is asking if you’re too old to start playing hockey, and you can still stand and carry your equipment, the answer is no! No matter what age you begin at, no matter how old you might be, if you’ve got the drive and determination to put some effort into hockey, you can do it. The love of the game will carry you through, and the community is pretty great too. As I mentioned before, my website has lots and lots of videos to help you learn how to play hockey. Whether it’s your first time on skates, or you’ve been at it for 30+ years, I’m here to help. You’ll love playing, and maybe you can pass that love on to someone else. 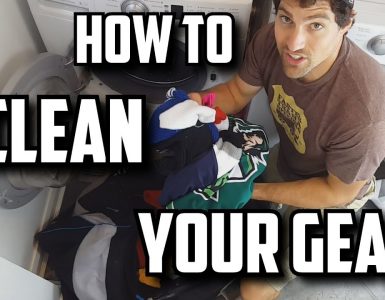