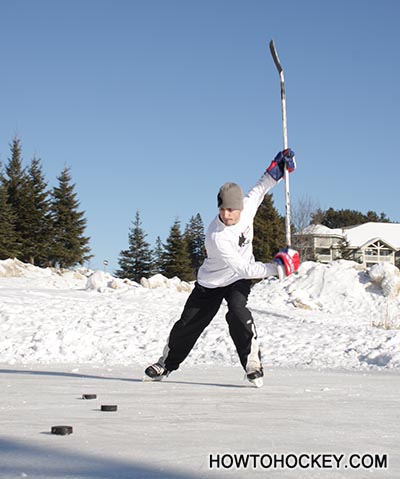 Throughout the history of the NHL there have been many pure goal scorers. From Maurice “Rocket” Richard to Alexander Ovechkin and everyone in between, all of these goal scorers have striking similarities that you can practice and implement on the ice. Even players who are naturally gifted with the ability to score goals still have to practice and train to be a true great goal scorer. Below I have listed six traits that every pure goal scorer possesses. By learning these traits you can practice at home and hopefully score more goals!
Yes there are more than 7 traits, some common traits would be speed, power, agility, shooting the puck and accuracy which every player should strive to achieve. This list details traits that really set goal scorers apart from others.

Bonus point – PRACTICE, nobody ever made it to the NHL or beacame a great player by wishing it would happen. In order to score goals you must practice your shot in order to improve your power and accuracy.

I am also including a few tips from a coach on the OMHA forum that I am a member of.

I hope these tips will help you score more goals through out your life. Learning tips like these helped me improve my game quite a bit and I want to help others improve as well. If you have any tips of your own then feel free to leave them in the comments section.