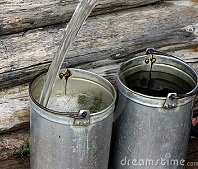 Winning Thoughts – How to Create a Winning Culture

In sports, any little edge that you can give to your team that the other team does not have, will help your team win more games. The video below focuses on the mental side of competing which can severely impact a players performance, especially at the competitive level. Creating a winning culture, and focusing your mind is a good habit to practice in sports and in life.

If young athletes can get into the habit of positive mental habits it will help them greatly in sports, school, and life. Older athletes can also apply these same principles in sports and at work. I was very inspired by the video below and I hope you are as well. The original video was posted here on the Coaches Site

Martin Rennie is the coach of the Vancouver Whitecaps FC. During his first season with the Whitecaps in 2012, he led the team to first MLS playoff birth.

All the text below was taken from the video above – full credit goes to Martin Rennie. Video embedded  from the Coaches Site.

Key Concepts and quotes from this video 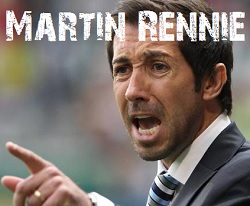 On the team you coach you have many team members and every team member has a “bucket”. Positive players who are having success on and off the ice with loads of confidence have a “full bucket”. There are also players who have low confidence, they aren’t playing that well, maybe they have some personal problems at the moment, those players have an almost empty bucket.

To get the environment you want and get the most chances of success you need to “fill those buckets”. When you do that you have a better chance of enjoying yourself and succeeding.

When you cut down players and always tell people what they can’t do or have done wrong and highlighting their faults you are emptying their bucket.

Encourage people to be the best!

Attempt to create an environment where players do not say negative things about other players behind their backs. If there is a problem you can say it to the player or coach, but avoid speaking negatively of players in groups when the player is not there. This does nothing for the team.

Create a culture where everyone builds the other players and staff up. Instead of complaining behind the players back, mention it constructively to the player to help them succeed.

I hope you have taken away a few positive points from this article. If you enjoyed reading all of these points I encourage you to watch the video. Martin does a much better job of delivering the points and driving them home in the video. Set aside an hour to watch the video and then work on implementing the points that are made. I think they will help you become a better player and a better person.

Thanks to the Coaches Site

I have recently discovered the coaches site and have been reading a lot of the articles and watching all of the videos. I will be sharing some of the videos here on How To Hockey and breaking down the key concepts within the video (in case you don’t want to watch the entire seminar). If you are a coach or player who wants to study the game of hockey I recommend checking out the coaches site, there are detailed seminars from many professional coaches and you can learn a lot.

mental side of hockey