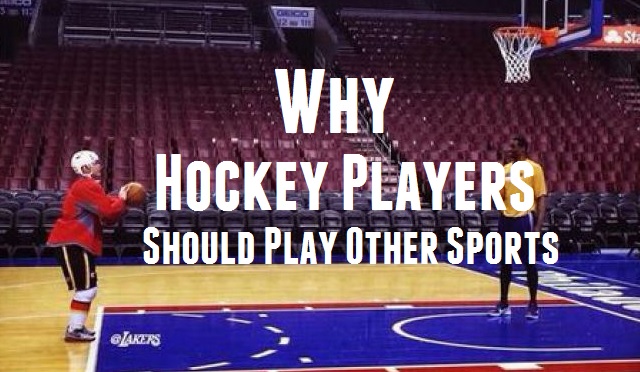 Why you should play sports other than hockey

Yes I know, this entire website and Youtube channel is dedicated to helping you improve your hockey skills, so what kind of lunatic would tell you to play different sports? This one (and many others). Don’t get me wrong, playing hockey and training for hockey is the single best way to improve your skills, however something I strongly encourage for all athletes is something called BALANCE.

If you are a newer hockey player, chances are you are completely obsessed with playing, that is great, play and practice as much as you can, however don’t discount the benefits and advantages of playing other sports. Other sports CAN aid in your hockey development!

Advantages of Playing Other Sports for Hockey Players 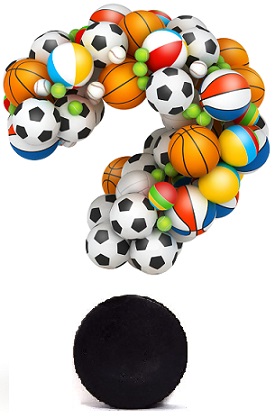 From reading the above points it’s easy to see that playing other sports can actually help you become a BETTER hockey player. In fact some of the best hockey players were multi-sport athletes. 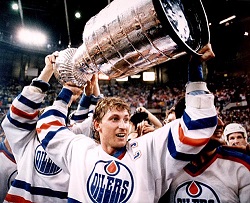 Gretzky did not play summer hockey, he played baseball and lacrosse in the summer. According to Gretzky’s biography he was a very skilled baseball and Lacrosse player and spring was one of his favourite times of the year!

“If a sport has a high point of the year, it must be the first week of spring. When I was growing up, I used to love this time of year. It was when I put my hockey equipment away and I was absolutely ecstatic to see the end of the hockey season. One of the worst things to happen to the game, in my opinion, has been year-round hockey and, in particular, summer hockey. All it does for kids, as far as I can tell, is keep them out sports they should be doing in the warmer weather. I could hardly wait to get my lacrosse stick out and start throwing the ball against the walls and working on our moves as we played the lacrosse equivalent to road hockey. All the good hockey players seemed to play lacrosse in those days and everyone of them learned something from the game to carry over to the other – things athletes can only learn by mixing up the games they play when they are young.”
— Wayne Gretzky, National Post, March 2000 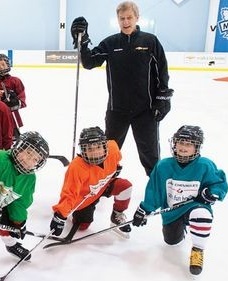 “Kids play far too much [hockey]. I mean, kids are playing 12 months a year—little ones. They don’t need it. Play other sports. Have other coaches. Hang around other kids, other parents. I think that’s all healthy. I never went to a hockey school until I turned pro and I went as an instructor. Kids don’t need to play all year, they can have a program of light exercise and play other sports. If you look at the best players in all sports, they’re athletes— they play other sports.” Source: Bobby Orr: How we’re killing hockey 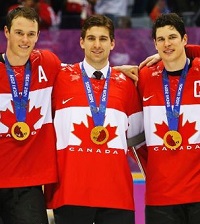 “People always talk about my hand-eye coordination and how that translates from lacrosse to hockey and from hockey to lacrosse, which is true,” said Tavares, who played lacrosse for 13 years before switching focus solely to hockey. “But the biggest thing that translated for me was using my body to protect the ball, spinning off checks and moving through traffic.

“All those things translated into skills on the ice that have helped me excel in many areas in hockey, such as puck protection, moving through traffic and gaining time and space from tight checking.” Source: NHL Star honed hockey skills in box lacrosse 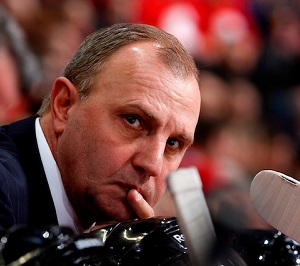 “It is so noticeable on a hockey team that the kids who have played other sports and experienced different things are always the smarter players on your team, and they are able to handle adversity better,” Sutter said. “They deal with adversity better because they are thrown into different environments and they trust their skills that they may have learned elsewhere to get them through certain things.”

“I’ve really noticed it since leaving (to the NHL) and coming back to the WHL how it has changed,” he said. “We are lacking in areas that we never used to lack in. I want our scouts to look at athletes not just strictly hockey players.” Source: Wanted for NHL: True Athletes

“Some young athletes now face surgeries befitting their grandparents. Young hockey goaltenders repeatedly practice butterfly style — which stresses the developing hip joint when the legs are splayed to block the bottom of the goal. The sports surgeon Marc Philippon, based in Vail, Colo., saw a 25-year-old goalie who already needed a hip replacement.”

“In the Loyola study, sport diversification had a protective effect” Source: Sports should be childs play

“How could specialization reduce your success?

It’s connected to physical literacy and the need to develop a wide range of physical, mental, and emotional skills within sport. When researchers look at top athletes across a range of sports, the majority of them are distinguished by broad athletic ability from playing a variety of sports as children. This kind of broad athleticism doesn’t happen when kids specialize in one sport from an early age.

What about adults learning the game?

It depends on what type of shape you are in and if you have played other sports in the past. The quickest way to improve is to play and practice as much as you can (within reason)

For adult players who are new to the game, I still recommend balance. In this case we want to help aid development, but also reduce the chance of injury. Being in better shape, and a better overall athlete will certainly help reduce your risk of injuries. When you are injured you can’t play, and when you can’t play you can’t improve. Consider a sport like soccer, basketball, ultimate frisbee or some racquet sports to keep you in shape and developing a number of skills and abilities that you can carry over into your hockey development. You can also practice hockey at home over the summer to fine tune some skills while also enjoying some other sports.

Playing other sports is also great for your social life, and mental well being (healthy body, healthy mind)

Yes there are some specific hockey skills that you can only learn on the ice (or practicing at home), however many skills you will learn in other sports will lend themselves to learning your hockey skills

Whether you are a young hockey player, or an older hockey player, playing other sports will help improve your health, mental well being, and of course, HOCKEY SKILLS!